Seaweed and Superfoods: Sea Moss Has Entered the Chat

We’ve Heard It Before 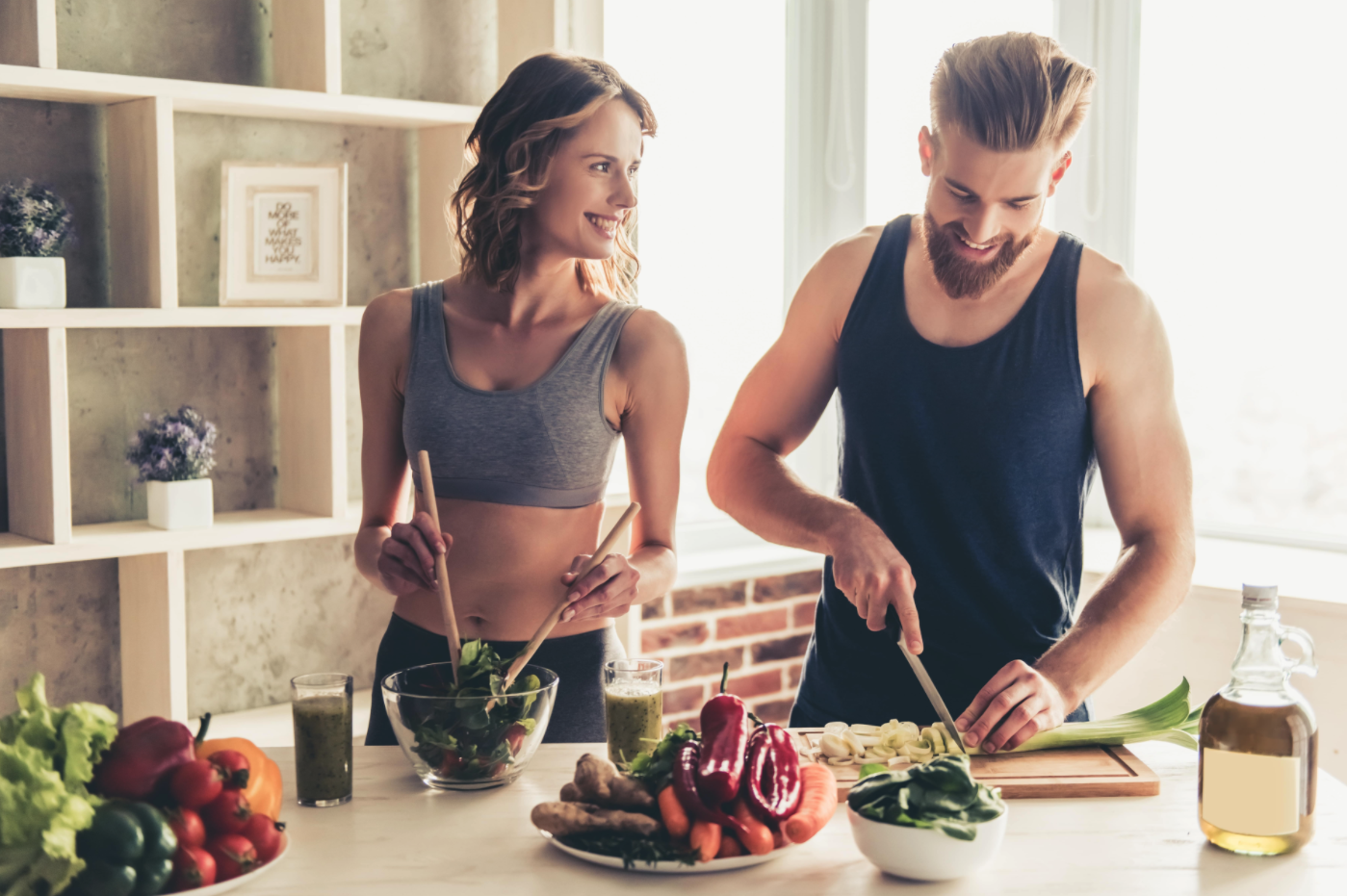 The term ‘superfood’ might be making people yawn at this point. It's commonly noted on food labels and supplements alike with widely varied health claims.

Most people remember acai berries as the first-named superfood of the early 90’s, followed by pomegranate a short time later.

Since then, we’ve been told that coconut, cherries, fish, kale, and many others, are indispensable to better health.

Of course these foods are loaded with nutrients that benefit the body in a myriad of ways, but as such, the term ‘superfood’ now serves as an assumption to avoid explanation.

Looking ahead to Sea Moss, the biggest superfood of late, how do we unpack its claims and assign relevant value? Is Sea Moss the latest disingenuous health trend or the one most fitting of the superfood title?

Depending on where you’re from, seaweed may not be a new suggestion towards a healthy diet. Countries in Asia, northern Europe, and the Carribean have favored sea vegetables since recorded history and still tout them today.1

Seaweed stands to describe a multitude of algaes and marine plants, but there are distinctions that make some notable over others.

All seaweeds absorb nutrients and minerals directly from the surrounding waters, making water quality the reason we consider some non-consumable. For instance, freshwater algaes are often toxic, since they tend to grow from stagnant water sources.

In assessing the case for Sea Moss, we admire it’s coveted nutrient profile, as it arises from cold and teeming, mineral-rich ocean waters.

Sea Moss, sometimes referred to as Irish Moss, is rarely labeled with its botanical name, Chondrus Crispus. Even still, it is not technically a moss at all, but a red algae that can tinge yellow, green, or even purple.1

Despite its puzzling nomenclature, coastal abundance made the plant well-prized, sometimes a necessity, due to nearby sandy soils incompatible with diversified farming.

During Ireland’s Great Potato Famine, it is well-documented that many survived by fortifying their diets with nutrient-rich, briny Sea Moss.2

Still added fresh to soups in northern Europe or dried, then blended into frothy Carribean beverages, sea moss has remained culturally relevant and continues to gain notoriety for its catalogue of nutrients.

The body is made up of a total of 102 essential minerals and Sea Moss contains a whopping 92 of them! Such a diverse nutrient list sets it apart from other superfoods right away.

This combination of minerals are difficult to come by all in one food and include: iodine, selenium, potassium, magnesium, calcium, phosphorus, and zinc, to name very few.

Obviously nutrition advocates and health gurus have been speaking up on their favorite Sea Moss uses for quite some time, so let’s take a closer look at the health claims and how they compare.

Sea Moss is broadly most known for its mineral content, and specifically those that regulate the thyroid gland.

Sea Moss contains loads of DI-Iodothyronine (DIT), used to make T3, and has been utilized for thyroid disorders in modern medicine.5

Of course, there is also an ample supply of iodine and selenium, serving as concentrated fuel for the thyroid gland.

Ramifications of imbalanced hormones include sudden weight gain/loss, hot/cold flashes, angst/malaise, that when combined, many describe as “the body going haywire”, because it is.6

Signals get crossed when hormonal messages fail to send and the effects are widespread.

Women are diagnosed 5x more often than men with thyroid disorders, so it’s important women pay attention most to this organ’s health and reinforce it with natural mineral sources.7

There is a natural slimy texture that all seaweeds have, not dissimilar in Sea Moss.

The benefit of this is called a ‘mucilaginous effect’, meaning it coats and soothes mucous membranes, including those in the lungs, digestive tract, and even pores of our skin.

The nutrients at play here are Potassium chloride, fiber, and polysaccharides.

Potassium chloride dissolves catarrh and phlegm, plus soothes the inflammation associated with congestion.8

Though Sea Moss soups have been used as folk cold care for centuries, we now know why it is a trusted remedy.

The same mucilaginous mechanism gets applied to our digestive tract, then polysaccharides and fiber in Sea Moss provide extra benefits by feeding our healthy gut bacteria.9

The digestive system is known as ‘the seat’ of immune health and having a strong army of disease-fighting gut bacteria remains the best cold care there is. 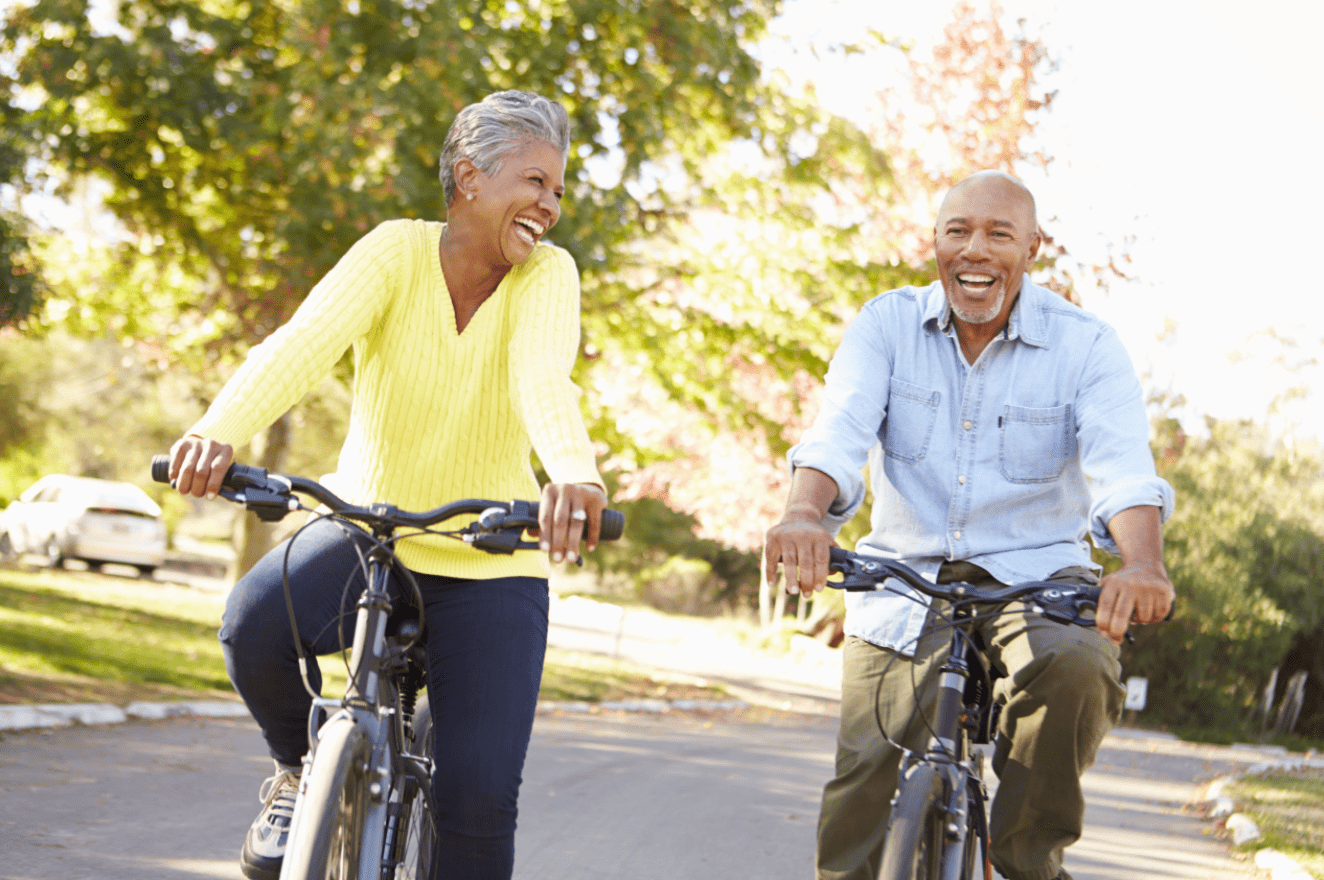 Naturally balancing our mental disposition is the preference for most people, but inconsistent habits make it difficult.

We can’t always work out, eat right, sleep well, and complete other mindful approaches every day. When determining the right inputs for mental health, our brains need positive nutrient compounds as reinforcement.

Neither are easy to get solely from whole foods, either: the quintessential go-to for potassium, the banana, only has 7% our recommended daily intake.

We don’t naturally store potassium in the body either, so it’s important that we regularly access daily sources elsewhere.

Considering the multitude of health benefits touted by other superfoods, we have to note that not many include strong mental and emotional support, as well.

Putting the body in an alkaline state is traditionally an eastern approach to health with recent flares of popularity throughout western culture.11

Taking supplements to rid the body of heavy metals and spur an alkaline state is better explained today as just offering support to the organs already doing this.

The liver, thyroid, and kidneys are among a few organs that naturally remove waste and toxins from the blood.12

With a better functioning filtration system, the body has more energy and is at reduced risk for more serious conditions like heart disease from plaque build up, diabetes complications from systemic inflammation, and metabolic disorders that drain energy stores.1

There’s sufficient evidence to say that Sea Moss is beneficial to the body by supplying heaping doses of vital nutrients difficult to get elsewhere.

The title of superfood seems deserved and a product earnestly worth exploring, but with a growing market presence right now--how to know which product is best?

As we discussed earlier, seaweed absorbs nutrients from surrounding waters, so the water source is a huge consideration.

If a product doesn’t note their method of harvesting or manufacturing, don’t bother with it. Heavy metals and carcinogens have been reported in certain supplements in the past.13

With a quality source secured, there are supplements that contain added compounds to provide additional value.

Synergistic properties of the seaweed Bladderwrack and Burdock Root are known to strengthen the nutrients in Sea Moss.14

Bladderwrack has been used traditionally for similar reasons as Sea Moss, having strong iodine and mineral content, but its increased antioxidant activity bolsters the positive impacts on skin health, especially.

Burdock root is full of antioxidants and therefore most known to aid liver function and reduce inflammation.14

While the benefits of Sea Moss abound, if possible, finding an organically sourced compound, supercharged with antioxidants is the ideal choice.

There’s a time and place to stamp the ‘superfood’ label on something--and it may seem like that time is now, and that thing is everything.

Despite the hyped-up marketing of cleanse products, gimmicky diets, and fitness religions, there is an inherent credibility to foods that have sustained cultures and acted as medicine in times without branding or influencers.

In considering Sea Moss as a new superfood, we learned of its current applications and past as a necessity, as well as the science behind its growing value.

Sea Moss displays a multitude of factors that make it a superfood, so what now?

Sure, eating seaweed soup every day is an option, but thankfully no longer needed to glean the goodness of a hearty Sea Moss.

The silver lining to our modern, market-driven dilemma is that we have the ability to choose our superfood, super gel, or super capsule, making Sea Moss more accessible than ever, and just as beneficial. 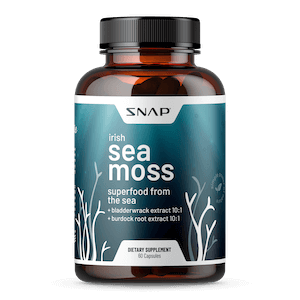